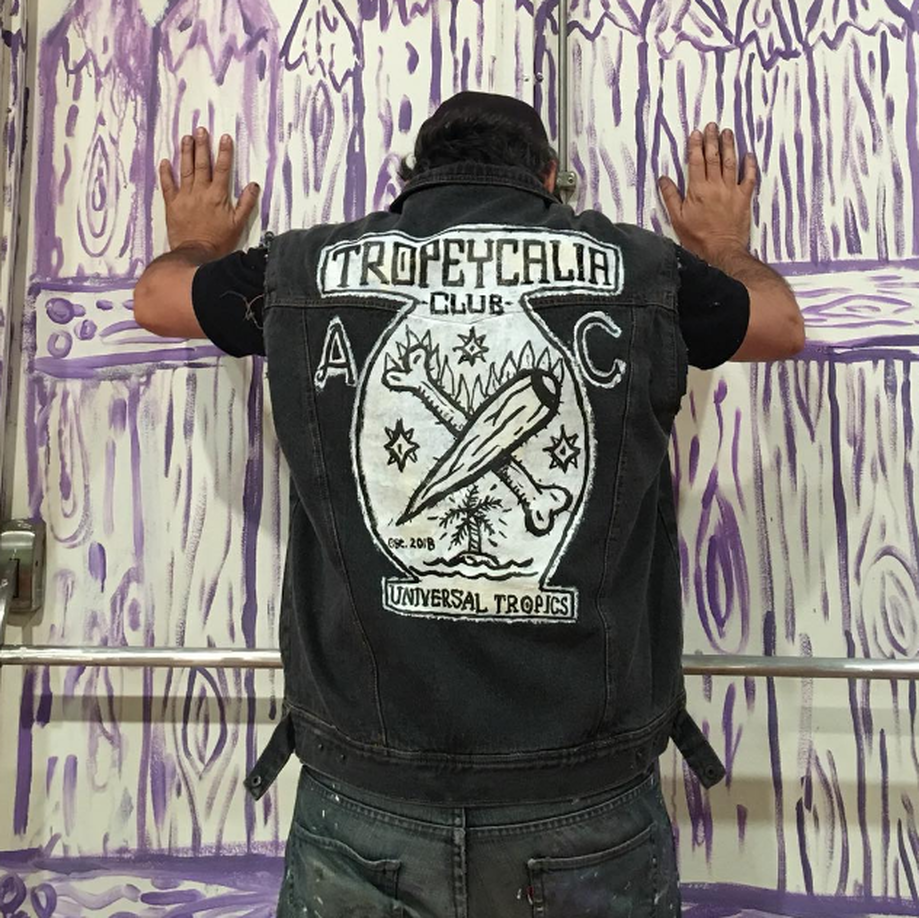 Tales about exotic places, fantasy islands, and otherworldly paradises, utopian in essence, are discourses about the Ideal, and thus political by nature. This notion has given inspiration to such classic gangsta rap hits as manifest destiny, or turn of the century eugenics, both having racist leanings with genocidal outcomes. In short, colonial mentality is but a reflection of the master’s image, and colonial states are bastardized versions of the ideal (of course this is not a news flash to everyone).

Tropeycalia Club is therefore one unique artistic anomaly in the sea of alternative possibilities along calls for authenticity and autonomy, also known as revolutionary rights in the age of post-internet awareness, collage-art activism after Occupy, MacArthur’s multicultural melody remixed, coconut fetish theory, Lost World post traumatic aesthetics, and our favorite and quite simply, a hootenanny for recovering tropicaholics. Thus, the conscious misspelling tactic of “tropey” turns into a selfie, a tongue in cheek endearment for calling attention on uncommon grounds, as well as that dreaded foreigner’s malaise, thinking that all roads go west whereas the tracks actually we’re forged first by those from the east and from other minor democracies.

Thus, misplacing the big ego for world destruction, Tropeycalia Club aims to show pictures of abstract beauty from the Wild populated by bombastic figuration in special revolutionary effects, captioned in counter-universal neoliberalist standards for laissez faire terms of distribution and exchange, while advocating fair use and knowledge sharing of common wealth issues, a critique of the ruling class in the arts if ever there was one according to taste, and finally, to foster dialogue in the creation of one’s being in the world sans virtual reality glasses.